My father's generation knew the Holocaust of the Nazis. The holocaust of abortion and soon euthanasia and  assisted suicide hangs over mine.

Nazi propaganda Minister Josef Goebbel's guiding maxim was "If  you tell a lie big enough and keep repeating it, people will come to believe it."[1] The Lie was of Aryan superiority and their dominance threatened by the Jews. The mass genocide of 6 million Jews started with Germany's euthanasia program directed at mentally and physically disabled people. Killing their disabled and sick was a training ground for the final solution.[2] 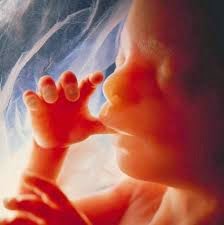 A Big Lie of my generation was/is the need for abortion. It brought another holocaust of the deliberate, systematic killing of 55-million unborn children in America alone since 1973. Canada has state sanctioned abortion down to an art and no legal protection for prenatal life at any point of pregnancy. All abortions are paid by the public purse. Abortions are available for any reason or no reason and women can have as many as they want, no questions asked. Canadians are told abortion is a woman's right despite the fact that Canada's Charter of Rights and Freedoms declares the FIRST legal right of all Canadians is "the right to life." Canada does not recognize the unborn child as a legal person despite medical and biological evidence that human life begins when sperm penetrates egg: In other words, conception. The Big Lie of abortion advocates includes the prejudice that the unborn child is not a person.[3]

And now, the old goblin of euthanasia stirs and yawns, roused

again after more than seventy years from its horrible slumber of the sepulcher. The stench of its breath is that of an open grave! An infernal and pernicious thought was its inception: lebensunwertes leben.[4] Some lives should not exist. This wicked thought grows and feeds on the monstrous logic of darkness where the powerful can destroy the powerless for the unforgivable crime of getting in the way or being a burden on others or systems or governments.

Merchants of death market their evil of assisted suicide by tapping into unresolved grief, delusions of autonomy or poorly managed pain. They offer assisted suicide to the defeated or deluded. Their modus operandi is lethal injection, poisoning, or death by starvation and dehydration.

Man without God will inevitably create hell on earth for the powerless.

Those who grieve and have broken bodies or broken spirits must not give in to the allure of giving up on life; they must not listen to an infernal gospel of death promoted by our new Dark Age.

There is a Gospel of life under the lordship of Jesus Christ. He is the light of the world come to shine understanding into the darkest places of the human heart.[5]

We are called to rise above the lower parts of human nature in the world and focus on Jesus and the transcendent matters of the kingdom of God. We can rise above the most dire of earthly circumstances with Christ as our interior Guide and Master. The wickedness of man and the trials and afflictions we must endure are for a short time. They pale in comparison with the glory that shall be revealed in us through Christ Jesus.[6] We hand our anguish to Christ in faith which, though tested, will surely bring us through by the fire of suffering.  We will be brought into that radiant glory by Christ himself.[7] 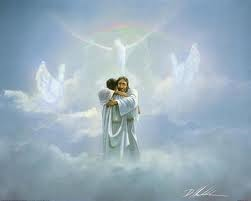 The sufferings we endure now are working a far more exceeding weight of glory.[8]  Do not try to understand for it is a mystery that will only be fully revealed when we stand face to face with Christ.[9]

If you suffer from degenerative disease (like me) understand that what we see and experience now is temporary. It is what is unseen that is permanent and eternal because it is based on God's divine love.

Suffering fellow Christian  -- do not let a Big Lie of this new Dark Age tempt you with suicide or euthanasia of a loved one. Do not become frantic.

Remember that all things work to good for those who love God.[10] Calm your spirit in the fire of suffering. Even though it may not seem like it right now, be still and know that God is in control of your destiny.[11] I'm in the fire too. -- Mark

[Click below, Libera, "Be Still My Soul" or http://www.youtube.com/watch?v=pwkPsKe-39Y ]