THE BIBLE AND ABORTION

(This Bible study is for my evangelical brothers and sisters.
It uses the Protestant Bible.) 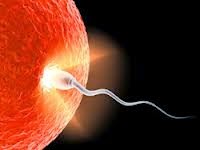 “Your eyes saw my substance, yet being unformed. And in Your book they all were written, the days fashioned for me, when as yet there were none of them.” – Psalm 139.16

What does the Bible reveal about the value of prenatal life? Does God care about the unborn child developing in the womb? If God cares, should we? Let’s examine these questions, and others, in order to give us a Biblical perspective in establishing our Christian view about abortion.

139.13-18: “God has His eye on us before we were born. These verses avow that personhood does exist from the time of conception. The psalmist affirms God’s knowledge of his life from the pre-embryonic stage through death. The Lord weaves and knits together our beings in the wombs of our mothers (v.13). . . . We are in a real sense “prescription babies” in that God has a custom design for every individual, equipping each for specific achievement and purpose (see Isaiah 43.7; Romans 9.20, 1 Thessalonians 1.4).Even the greatest tragedies can be overruled or transformed to good within the providence of God (Romans 8.28). . . . Even our worst negative traits can be transformed into positive qualities (Romans 12.2)

God love all humanity. (See Malachi 2.10. Nelson’s New Illustrated Bible Commentary[1]  states about this passage that “the use of the term create calls to mind the great creation text of Genesis 1.26-27. Deal treacherously: Because God is the Creator of all humanity (Genesis 1.27), He requires that humans deal equitably with one another.”)

What if the unborn child is unwanted? Well, God answered that too. (Isaiah 49.15-16. Again Nelson’s New Illustrated Bible Commentary states about this passage of Scripture, “The Lord says: I will not forget you. The nuance of the verb suggests an even stronger assurance, “As for Me, I am unable to forget you.”)

It’s an interesting point that we find a comment in Amos 1.13 about God’s anger with the barbaric ancient wartime practice of opening pregnant women and ripping out their baby. This is Nelson’s Woman’s Study Bible comments about this passage:

"Ripping open pregnant women was a means of controlling the population in neighboring Gilead, alludes to a common wartime atrocity in the ancient Near East. A sword was used to slash open the stomachs of pregnant women and rip the unborn baby from the womb (see 2 Kin. 8:12; 15:16; Hos. 13:16). This barbaric practice is documented in an Assyrian text praising Tiglath-pileser I (about 1100 b.c.) and in Homer’s Iliad, which advises that not even “the manchild whom his mother bears in her womb” be allowed to escape from battle. Amos cited this atrocity as evidence of the depth of depravity of those who consumed the poor, the weak, and the helpless. For any society, killing the unborn child is the ultimate sin against the helpless."

The same Study Bible goes on to comment about the Sanctity of human Life:

“God places special value on human life (Gen. 1:26, 27; Ps. 8:4–6). Human life is sacred because the man and woman alone were created in the image of God, and that life deserves protection. God commands His people to protect and defend innocent human life (Ezek. 16:20, 21, 36, 38). Under the Mosaic Law, the murder of another person deserved punishment by death because of the value of the life that was destroyed (Gen. 9:6; Ex. 20:13).”

“Throughout history this biblical view of the sanctity of all human life has faced opposition—most notably from those who advocate a “quality of life” viewpoint, suggesting that human life must possess certain qualities and abilities before it can be considered truly valuable and worthy of life sustenance. According to this distorted humanistic view, if the unborn child, the handicapped infant, or the elderly person does not possess these qualities, that individual is not entitled to the protection which Scripture or the Law would give.”

“The Bible rejects this “quality of life” view. The value of human life does not depend upon the person’s functional abilities or independent viability but is assured because of the image of God which is found in every human life. God does not measure the quality of a human being before He bestows His image. God calls upon us to extend our care and compassion to every life He has created, in every stage of development and in every need.”

Some people cite Exodus 21.22-25 in a mistaken view that God places less value on the unborn child. In fact, this Scripture says the opposite:

“If men ﻿﻿fight, and hurt a woman with child, so that ﻿she gives birth prematurely, yet no harm follows, he shall surely be punished accordingly as the woman’s husband imposes on him; and he shall ﻿﻿pay as the judges determine. ﻿But if any harm follows, then you shall give life for life, eye for eye, tooth for tooth, hand for hand, foot for foot, burn for burn, wound for wound, stripe for stripe. [3]

The Evangelical Commentary on the Bible says the following about the passage above:

“Of special interest to many Christians are verses 22-25. Unfortunately, most translations leave the reader with the false impression, which has led in turn to the wrong application of this passage to the abortion issue. In short, this law deals with the results of a pregnant woman being struck (accidently) by two men who are fighting. The result of this unfortunate attack is a “miscarriage” according to most English translations. The text continues: “[If] there is no serious injury, the offender must be fined. . . . if there is serious injury, you are to take life for life, eye for eye ...” (v.23). This has often been interpreted to mean that a miscarriage occurred. Then the issue becomes how the mother was affected―the implication being that the fetus really did not matter; it was not considered a human and the focus of attention was the mother. This passage is often conveniently used by advocates of abortion to say that since God did not demand punishment for the loss of the child, then the fetus did not have image-of-God status.”

“However the Hebrew of 21.22 literally reads “and hit a pregnant woman so that her child(ren) come forth, and no harm follows, the one who hurt her shall be fined.” Here the King James and New International translations are helpful. The Hebrew word for miscarriage is not used here. Our text portrays a woman being struck and then delivering prematurely.”

“The very passage used by some to support abortion, in fact, goes in the opposite direction. In this case the woman is accidently struck, but if she or the child dies as a result, then the guilty party could be sentenced to death. This is the only instance in the Torah where involuntary manslaughter calls for the death penalty. Generally the guilty party was to receive refuge from “the avenger of blood” and was not put to death (Deut. 19.4-10). Injury to the unborn is the only exception. The reason seems clear enough: God places high value on the unborn. The law always expresses concern for those least able to defend themselves.”[4] [ Emphasis added.]

Did Moses’ great instructions to the Israelites have any application to our generation?

“﻿I call heaven and earth as witnesses today against you,
that ﻿t﻿I have set before you life and death, blessing and cursing;
therefore choose life, that both you and your descendants may live; …”[5]

See short video showing development of human life in utero development. Click on image below or  this link https://www.youtube.com/watch?v=KAZRS5yZHGY