THE FUTURE IS NOW 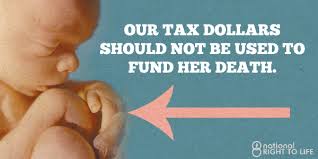 In Canada ALL abortions are tax payer funded. Women can have abortions for any reason or no reason, and have as many abortions as they want. There's no legal protection for prenatal life at any point of pregnancy. Canada's Supreme Court made it so. 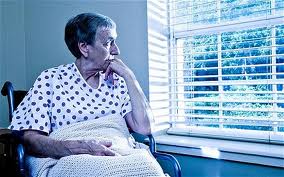 Now, thanks again to the Canadian Supreme Court, doctor assisted suicide will soon be legal across the land for any suicidal person with an "illness, disease or disability."[1] The gaping parameters of the high court's low ruling include either physical or psychological pain. The person's condition need not be terminal.

[NB: Two years prior  to the odious, unanimous 2015 ruling by Canada's Supreme Court favouring assisted suicide for sick, disabled and depressed Canadians (with much public support), the Canadian Parliament gave unanimous support for the concept of a national suicide prevention strategy (with much public support). Why the contradiction? I believe a suicide prevention strategy is intended for healthy and able-bodied suicidal Canadians. Physician assisted suicide is for sick and disabled suicidal Canadians. It boils down to anti-disability bigotry of a majority of Canadians that permeates even the media and highest levels of government and Judiciary.]

Is this what we call a "civil society"? There's nothing civilized about it. It is moral darkness that will ravage the very soul of any remnants of our once civilized society, a put the lives of the most vulnerable humanity in great peril.

Leonard Cohen's 1992 album "The Future" carried a song of the same name. It is featured below. The vulgar words at the beginning have been removed, and I'm sorry to expose you to that even with the bleeps, but the rest of the song has an apocalyptic theme.  The official video (below) removed Cohen's poignant, important lyrics, in the song:

"Destroy another fetus now,
We don't like children anyhow,
I've seen the future, baby,
It is murder."

The future is now. Good people must stand up for the ancient western code Cohen mentioned -- a code of western Christian civilization that held dear the sacredness of human life.*[See foot note below] Our society is coming apart!

[Click on image below or https://www.youtube.com/watch?v=D97OxHZzBeQ for Leonard Cohen, The Future, (1992) ]


__________________________
[*] The last major defense of that western moral code was World War II. The Allies fought against Nazism that directly threatened western Christian civilization. In fact, on the eve of the Battle of Britain, Prime Minister Winston Churchill stood in the British House of Commons and said,

"I expect that the Battle of Britain is about to begin. Upon this battle depends the survival of Christian civilisation. Upon it depends our own British life, and the long continuity of our institutions and our Empire. The whole fury and might of the enemy must very soon be turned upon us. Hitler knows that he will have to break us in this island or lose the war.

If we can stand up to him, all Europe may be free and the life of the world may move forward into broad, sunlit uplands. But if we fail, then the whole world, including the United States, including all that we have known and cared for, will sink into the abyss of a new Dark Age made more sinister, and perhaps more protracted, by the lights of perverted science."

The great man referred to "Christian civilization" that was eventually saved and paid for with blood and sacrifice.
They did not fail. Subsequent generations did. We squandered and rejected western Christian civilization and the ancient Common Law that it created and on which our legal system is based. As a result, we are entering the sinister new Dark Age Churchill mentioned.

Yes, I believe, as I know you do, that with God all things are possible and that God is compassionate and infinitely merciful. Yet God is also infinitely just and He calls on us to act with love, to act justly, to act without fear ... trusting in His promised help. Your call for action and justice comes from God's heart through your words to us. Thank you.

Thank you Dr. Reynolds for these comments. Most people I speak with can see that western civilization -- all all we previously held dear -- is collapsing. The pace of this cultural disintegration is quickening at frightening pace. It's unsettling to watch the the ancient moral code that governed western civilization for hundreds of years being swept away and replaced by a new order that's dragging us into a new Dark Age.

Superbly written article, if only all offered the same content as you, the internet would be a far better place..
Wisdom tooth Calgary