When I was in college way back in the 1970s, I studied radio and television arts, majoring in television writing. My first job in the television industry was as a commercial writer: To make even the most mundane, unnecessary or questionable products look positive and give them an exciting spin. It was my job to present images and words on the television screen to motivate potential consumers to part with their money. At the risk of sounding boastful, I was rather clever at it. It was fun and creative but lacked a sense of purpose, and often had an undercurrent of deceit.

Eventually the lure of television subsided and I left that industry to make the remainder of my short career with the Canadian federal civil service, working in areas of community development. 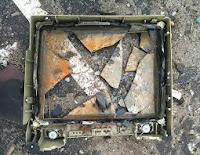 Television had enormous potential to enlighten and educate but has been reduced to the lowest denominator. Indeed, television is a vast wasteland of inane programming: sitcom blather, one after the other, written by formula requiring laugh tracks to convince viewers they are actually watching something funny. There's a glut of reality shows that do not reflect reality. News programs are so biased viewers can't be sure they are getting all the news, proper information or context.  Now we have alternative new media that may stop the news and entertainment strangle hold of television -- and to a lesser extent radio. A new problem can be overload! 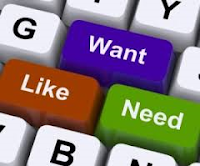 Back to advertising and commercials: Very few things advertised on television are necessary, yet they are presented as though they are important to our lives.  Quite simply, spills were cleaned thoroughly with a rag before Shamwow came along. Five year old cars probably work just fine. We don't need new ones every couple of years.[1] Judging by the ballooning of North America's waistline, we don't need more candy or fast food. What the real estate industry calls a "starter house", my parent's generation called home.  Bigger, better, larger, newer, is not the point of life; our relationship with God and other people is the point: Love.

The Scriptures tell us not to covet.[2] Be content.

The Apostle Paul said "...for I have learned to be content whatever the circumstances. I know what it is to be in need, and I know what it is to have plenty. I have learned the secret of being content in any and every situation, whether well fed or hungry, whether living with plenty or in want. I can do everything through him who gives me strength."[3] He's speaking of Christ. 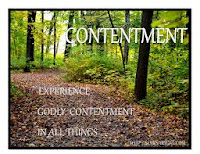 "But godliness with contentment is great gain. For we brought nothing into the world, and we can take nothing out of it. But if we have food and clothing, we will be content with that. People who want to get rich fall into temptation and a trap and into many foolish and harmful desires that plunge men into ruin and destruction. For the love of money is the root of all kinds of evil. Some people, eager for money, have wandered from the faith and pierced themselves with many griefs."[4]

The writer of Hebrews says: "Keep your lives free from the love of money and be content with what you have, because God has said, "Never will I leave you; never will I forsake you.""[5]

Beware of what is presented to your senses that is meant to create envy, make a want seem like a need, alter your perceptions (things may not be as the seem) or divert your thinking from that which is godly and brings you closer to Christ.

Beware of clever words and compelling images that create illusions rather than reinforce reality. Perceptions may not be reality.

[Click on image below or https://www.youtube.com/watch?v=2YBtspm8j8M for a GENERIC BRAND VIDEO, 2:49]