A few years ago, the National Catholic Reporter published a commentary under the title “Status of abortion, death penalty in Catholic teaching makes little sense.” Really? Why would a  Catholic newspaper publish this Op-Ed piece? It was written by Presbyterian Bill Tammeus who took issue with the Catholic Church and its position against abortion in comparison to its opposition to the death penalty.

Mr. Tammeus said, “In the case of prisoners on death row, we have human beings who have been around for years, having proved viable outside the womb .... By contrast, in the matter of abortion, we have a bundle of cells that may one day be born.” He goes on to assert that learned people “disagree on the question of whether and when those cells constitute a legally protected person.”

Catholic teaching recognizes society’s right to impose the death penalty in extreme cases for its own protection. The Catechism of the Catholic Church states, “... the traditional teaching of the Church has acknowledged as well-founded the right and duty of legitimate public authority to punish malefactors by means of penalties commensurate with the gravity of the crime, not excluding, in cases of extreme gravity, the death penalty.” (2266) Having acknowledged this, the Catechism then states its preference for bloodless means of punishment for the common good of society and “conformity to the dignity of the human person.” (2267)

On the matter of abortion, Bill Tammeus shows a woeful ignorance of embryology. A “bundle of cells”? Again, why would a Catholic newspaper publish such uninformed drivel? Does Bill Tammeus not know that biology and medicine proved long ago that prenatal life is a separate human being? After reading this Tammeus’ commentary, I contacted the renowned American molecular biologist Dr. Dianne Irving of Bethesda, Maryland. She said: 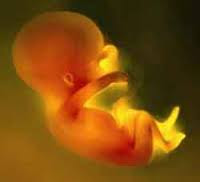 “The human embryo/fetus at any stage of prenatal development is an organism, an already existing human being -- not a mere “bunch of cells”. Bill Tammeus is obviously grossly ignorant of the long-known objective scientific facts of human embryology. It has been internationally acknowledged for over a hundred years that in sexual reproduction the new human being begins to exist as a single-cell organism at the beginning of the process of fertilization.”

The Catholic Church has opposed abortion since the first century. This has not changed and remains unchangeable (Catechism of the Catholic Church, 2271). I doubt that will change because of an ill-informed Presbyterian. 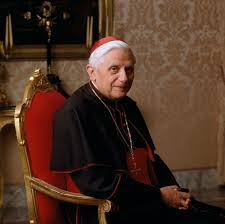 The simple fact is that the Catholic Church does not hold a hierarchy of human rights or worthiness.  This is different from the truth that not all moral issues are equal. During the 2004 U.S. Presidential election, then Cardinal Joseph Ratzinger wrote a memorandum to American Cardinal McCarrick of Washington DC, under the heading  “Worthiness to Receive Holy communion: General Principles”. In that correspondence, Cardinal Ratzinger dealt with these issues. He said, in part:

Cardinal Ratzinger’s memorandum later stated:
“Not all moral issues have the same moral weight as abortion and euthanasia. For example, if a Catholic were to be at odds with the Holy Father on the application of capital punishment or on the decision to wage war, he would not for that reason be considered unworthy to present himself to receive Holy Communion.”

The holy man continued:
“There may be,” he declared, “a legitimate diversity of opinion even among Catholics about waging war and applying the death penalty, but not, however, with regard to abortion and euthanasia.”

When it comes to capital punishment and abortion, only abortion is inherently wrong because it destroyed innocent life.

On the matter of justice, I understand there are individuals who are so damaged and dangerous that they must be removed from society. Perhaps they are so damaged they cannot be restored (barring a dramatic healing touch of Christ). Still, the Church believes in the inherent dignity of every human person as a bearer of God’s image. There is no human offence so vile that it lies outside God’s mercy, but neither is there any unborn child so insignificant that it is unworthy of love, life and protection.  We must never dehumanize others by our words or deeds.
No life is just a “bundle of cells”.  No man sinks beneath his humanity because of his criminal deeds.  As followers of Jesus Christ, we are called to show love and concern for them – just as Christ showed love and concern for us.
MDP
Posted by Mark Davis Pickup at 10:02 AM