GOD MUST HAVE KNOWN! HE DID. THAT'S THE HIGH STAKES RISK OF LOVE

My blog post for 18 August 2015 was entitled "Consequences of Original Sin". I received an email from a reader. Let me refer to her as J. In her email J wrote:

"I just read your blog Consequences of Original Sin, and although I have heard the same story many times and have discussed it with many people, I still have a nagging question about `The original plan`not including death.   If God is ALL KNOWING, then he must have known how the whole story would unfold before ever creating mankind. I struggle with this thought over Lucifer falling from Heaven as well.  People try to convince me that it is about free will...that`s not what I am stuck on.   GOD MUST HAVE KNOWN....that is my  point.... everything....He knew everything....Evil was no surprise to Him.  Can you clarify this irritating little glitch I have in my thinking for me?"

I gave J's question considerable thought before writing back. I am a layman, not a theologian. With trembling I responded:


Dear J. - It seems that your friends who have been speaking about 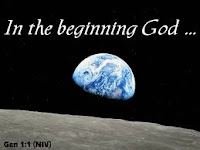 free will are right in as far as it goes ... the problem is that I don’t think they took the point far enough. The overarching motif in all of creation is divine love and its corollary of holiness. I think your friends have things reversed.

We are told in the Scriptures that God is love and the Apostle John wrote extensively about this. The Scriptures also tell us God is perfect, holy, and He desires that we be holy too. It has been this way since the beginning. I have continually misunderstood the depths of God’s love and the lengths He is prepared to go for humanity to bring us toward Him and draw the human race to freely love Him back with as perfect a love as His. He has instilled a desire for perfect love in the human heart. Bishop Fulton Sheen put it this way:

“...the human heart is isolated and in agony: it has more love to give than any earth-bound object can receive – it clamors to be loved more lastingly and comprehendingly than any human lover. But both the longings – to love perfectly, to be loved perfectly – are mere vacuums in man; the most real part of his nature  turns out to be a void.” (Life Up Your Heart)

And so it is. In our current state we are incapable of receiving or giving perfect love. Both require holiness. God has put a desire for eternity in our hearts which we are not able to realize yet (Ecclesiastes 3.11) And I believe this has traces of Eden. I think Sheen’s comment gives us an inkling of what people miss when they talk about free will, and it is the desire to love perfectly and be loved perfectly. But free will must have proper context.

Real love must be given freely. C.S. Lewis wrote in his monumental book Mere Christianity (important in my own conversion): “A world of automata – of creatures that worked like machines – would hardly be worth creating.” It would be contrary to God’s nature of desiring to give perfect love and receive perfect love. Perfect love can not be demanded; it must be freely given. That is where free will comes in.

But as soon has there is a choice to love, there is also a choice to reject love. This choice for divine love has cosmic proportions and that involved/involves the Creator and the created.  Yes, God knew the objects of His love would reject Him and replace God-love with self-love, but that was/is the risk and the point of love. 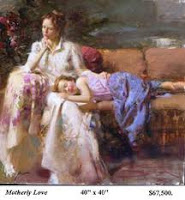 I think of it like this: A parent loves her child with all her heart. She would freely lay down her life for her child. From infancy, the mother raises her child to be a decent, loving and moral human being. Unfortunately, beginning at an early age the mother notices the child has a stubborn and rebellious nature. Does the mother stop trying to instill those values into the child? No, her love for her child compels her to try to instill those things and to love. The mother has strong suspicions her child will one  day defy those values that mean the most to the mother. As the child enters her teen years and early adulthood, the mother knows in her heart the child will probably go astray but she still lets go. She must. It’s part of the love package. The parent’s heart is broken to see her child go off the rails, her love always desires her child to return. The porch light is always on. Someone may ask, “Surely you knew your child would reject all you stood for, and even you?” Yes the parent knew yet love drove her on. She always desires that the child will love her as deeply as she loves her child. 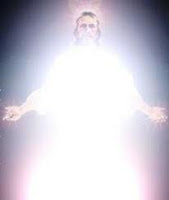 Back to the consequences of Eden and Original Sin: The Apostle John tells us Christ was with God in the beginning and that through Christ all things were created. “In Him was life, and the light was the light of men.” (John 1:4)  I think it is within the perfect light of Christ that divine love and holiness abide; spiritual enlightenment opens vistas of holiness. Outside of that light there is neither life nor authentic holiness.

It was the decision, the choice to step out of the Light, that humanity was plunged itself into spiritual darkness.

My Nelson Christian Dictionary defines holiness as “Moral or spiritual perfection; sinlessness; entire sanctification. Quality of be set apart or consecrated to God.”  By choosing to try to be like God, man tried to become his own god. By choosing something else than the source of life, humanity found itself cut off from life and light (holiness). The natural consequences were death. I use the improper adverb “were” because the consequences were far reaching throughout history both in spiritual death and physical death. Once the cup of innocence was spilled it could not be put back; rebellion had soaked into human character; our spiritual DNA became adulterated. Something other than the embrace of God’s divine love and holiness was chosen.  The colossal ramifications reverberated throughout the ages.

When I first became a Christian I wondered why God would put the “Tree of the knowledge of good and evil” within humanity’s grasp? (Genesis 2.17 It was a necessary ingredient of love. The divine motivation of love was illustrated in the next verse. God said “it is not good for man to be alone.” and created Eve to love: “This is now bone of my bones and flesh of my flesh”. The intimacy of human love, at its best, only mirrored a pale reflection of God’s love.

God desires to be loved too! To willfully obey the divine Lover is part of loving and receiving perfect love. His gift was perfect life and humanity chose something less and it involved death because humanity was cut off from the source of life.

That is where choosing is so important: The desiring and the having. Ultimately every person in every generation of a fallen race must decide what they desire. The primordial spiritual battle is waged in every generation. We face death in this life but life is freely offered in the next. The closer we draw to Christ the more we discover love and holiness – those threads weave throughout history. The choice is continually offered.

St. Paul told us, "Now we know in part, but then we shall know just as we are known." The curse of death that has plagued humanity since Eden will final be broken. The second Adam sets things right. Paul said,
“So also is the resurrection of the dead. The body is sown in corruption, it is raised incorruptible. It is sown dishonorably; it is raised glorious. It is sown weak; it is raised powerful. It is sown a natural body; it is raised a spiritual body. there is a natural body, there is also a spiritual one. So too, it is written, “The first man, Adam, became a living being,” the last Adam a life-giving spirit. But the spiritual was not the first; rather the natural and then the spiritual. ...Just as we have borne the image of the earthly one, we shall also also bear the image of the heavenly one.” (1 Cor.15.42-46, 49.)

[Click on image below or https://www.youtube.com/watch?v=YnyLWxFNOgI for Kari Jobe, "What Love Is This?" 4:12]

Beautiful response to a penetrating question. If J reads your response, then I invite J (as well as all other readers who read this blog) to tackle St. John Paul II's "The Christian Meaning of Human Suffering" (Salvivici Doloris, Feb 11, 1984). It is a thorough and elegant answer to the same question which ends at the same place --- the Cross of Jesus Christ. Only His suffering and death gives meaning to the freely chosen human history of suffering and death.

Please read it; it is awesome --- coming from the mind and heart of St. John Paul II the Great who was one of God's gifts to us as we journey in this "Valley of Tears).

And thank you once again, Mark, for your faithfulness, hope, and love. I will pray for you and please pray for us.

Dr. Reynolds - Thank you for this feedback. Pope John Paul II's Salvivi Doloris was written the year I was diagnosed with MS. It has been a great help to me throughout my disability journey. God bless.