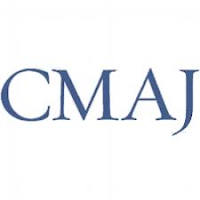 The Canadian Medical Association Journal (CMAJ) editorial has called for a National Suicide Prevention Strategy to combat suicide amongst certain vulnerable populations such as young people and aboriginal populations. That is good. In fact, in October of 2012, Canada's Parliament gave UNANIMOUS support to the idea of establishing a national suicide prevention strategy. That included Justin Trudeau whose government passed an assisted suicide law for the sick and disabled earlier this year.

So the CMAJ publishes an editorial calling for a suicide prevention strategy yet earlier in this past summer the Canadian Medical Association (CMA) also issued a statement that "welcomes" the legislative changes permitting assisted suicide for the sick and disabled. Their statement said:

"The CMA was pleased that historic federal legislation on medical aid in dying was passed by Parliament in mid-June. For the CMA, this important new law represents the culmination of years of work and consultation with physicians and the public."[2]

It smacks of anti-disability prejudice. To me it says that to the CMA and Canada's government, the lives of sick and disabled Canadians are worth less than other Canadians.

Two full thumbs up for this magneficent article of yours. I've really enjoyed reading this article today and I think this might be one of the best article that I've read yet. Please, keep this work going on in the same quality.
assignment writing