"WE MUST OBEY GOD RATHER THAN MEN!" -- APOSTLE PETER

At the time that I am writing these words 200 Canadians have been euthanized under Canada’s new assisted suicide law. The medical killings begin to mount. One might think the battle to save suicidal sick and disabled people is lost.  One Catholic bioethicist stated this defeatism.

A May 1st 2016 article appeared in the Catholic Register entitled “Euthanasia battle lost, time now to cut losses”. According to the article, bioethicist, disability researcher, and member of the Pontifical Academy for Life, Dr. Bill Sullivan, told a small audience of doctors, academics and disability advocates, “The law is not on our side. You can kind of grieve it, but accept it. We lost.” 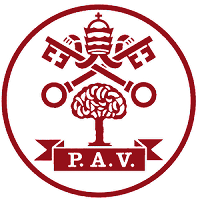 What a spiritually erroneous comment!  It was the wrong advice. Do not listen to such temptations – I don’t care how illustrious Dr. Sullivan may be. It is my opinion that such a defeatist comment involving the killing of suicidal people brings embarrassment to the Pontifical Academy for Life. We are Catholics! We are followers of Christ! If the Register's article is accurate and Dr. Sullivan actually said this quote, then I hope he was merely stating his own opinion, and not that of the Pontifical Academy.

However, to be fair, I must acknowledge there was one point to which I agreed with Dr. Sullivan. He said, “Whenever someone asks to be made dead, think depression” Depression is treatable and he recognized this. So much for grasping for a straw of consensus.

By definition we must not accept the killing of human life, … ever! We do not cut our losses when those losses are human beings deliberately killed at any stage or state of the life spectrum from conception to natural death.

Human law may not be on our side but God’s law sure is!  Where is your allegiance?

The law was not on our side when the Nazi government, under

Hitler’s authorization, deported thousands upon thousands of Jews to concentration camps and certain death. Yet priests, nuns and countless ordinary Catholic Germans shielded Jews and helped them escape Germany, at great risk to themselves, despite what any law or edict decreed. They did not accept it or shrug and say, “We lost.”

We must never accept morally corrupt laws that imperil human lives. Yes, we are expected to obey authorities. But at some point when a human law is in direct conflict with God’s law, then, like Peter and the Apostles said, we must "obey God rather than men" (Acts 5.29). This is one of those occasions.

For Christian doctors, nurses and pharmacists in Canada, it is time for non-compliance with laws and policies for assisted suicide or referrals for suicide. Civil disobedience is necessary.  Lay people must make every effort to reach out to suicidal sick and disabled people to offer life-affirming alternatives to death and the culture that supports it.

We are at a critical juncture. Do Catholics and other Biblical Christians pledge their allegiance to God's law or the Canadian Supreme Court of Beverley McLachlin and her cronies -- or the government of Canada’s 'sunny ways' Prime Minister Justin Trudeau, in their wicked ruling and wicked law? (They are not sunny ways for the sick and disabled.)

This change to Canada’s legal landscape involves nothing less than

the medical killing of vulnerable, suicidal sick and disabled Canadians! If we will not stand up for the protection and care of all human life then, pray tell, what will we stand for? We do not cut our losses because we lost! Meanwhile the killing goes on.  No, Dr. Sullivan, we do not accept wicked legal decisions or laws that permit killing human beings.

God’s people must loudly and continually decry corrupt laws that cheapen or take life. We must not rest until the laws allowing euthanasia and assisted suicide (and abortion) are rescinded.  Granted, we may not see success in our lifetimes, but we must not let that dissuade us from speaking for God’s way, and acting accordingly, for the value of every human Life. We are not asked to win; we are simply asked to be faithful to God and Christian morality in the midst of a hostile world.

Never give up on anyone, no matter how depressed or defeated or dire their situations.  Be emissaries of hope.  Alleviate suffering.  It is not man’s place to decide who lives and who dies. That is for God to decide.