Fifteen years ago I said I would refuse any stem cell therapy for MS that involved embryonic sources. Why? Because it would have involved the destruction of another human being in embryonic form. It was considered bizarre by many people. "Don't you want to walk again?" they would ask. Of course, I would love to be restored to my former self -- to swim, ski, bicycle with grandchildren, to dance with my wife -- but not at the cost of another life. I wrote a number of articles for publications like Canada's National Post newspaper repudiating the moral corruption of embryonic stem cell research or therapies.Radio and television stations called for interviews. Even the Washington Times called.

That time proved to be a defining point for me. Would I succumb to the temptation of being delivered from a horrible disease that was destroying me if it required killing another human being? Granted, it would have been tempting if a restorative cure had been developed for MS using embryonic sources. Sadly I would have to turn away from it. I could not accept it. Some principles rise above self-interests. 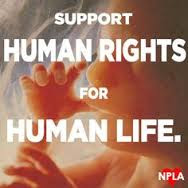 I've spent most of my adult life espousing human rights -- the highest of which is the universal right to life for every human being from conception to natural death. It is a moral absolute that I could not abandon even for my own benefit.

Now, 15 years later, it seems all the promise of treatments and cure for diseases like MS using embryonic sources did not deliver the promise while other stem cells have been developed. I was saved from a diabolical temptation for personal gain at the cost of someone else's life. See article below. Some principles rise above political gain. President Bush was right.

It's doubtful that mainstream media like the New York Times and CNN, who were so enthusiastic to tout the promises of embryonic stem cell research 15 years ago, will not go back now to report its failure.